A series of in-depth interviews featuring some of the most dynamic and influential Canadian and American free-market thinkers and activists.

The interviewer is TV personality Bob Scully, named the 2012 Person of the Year by American Public Television.

The World Show is a syndicated television program broadcast across North America, on 304 stations affiliated with American PBS. It is seen in 141 markets across 44 U.S. states, including in nine of the top ten Nielsen DMA markets.

The Montreal Economic Institute is an independent, non-partisan, not-for-profit research and educational organization. Through its publications, media appearances and conferences, the MEI stimulates debate on public policies by proposing wealth-creating reforms based on market mechanisms.

The MEI is a non-profit organization funded by the voluntary donations of individuals, businesses and foundations that support its mission. It does not accept any government funding. 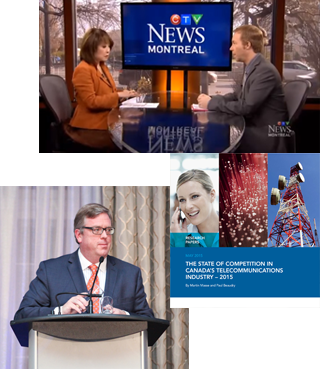 "The Montreal Economic Institute [...], an independent research organization, defends the values of a market economy and asks questions that Quebec, with its comfortable consensus, prefers not to ask on its own. The MEI puts the cat among the pigeons and likes to shake the cage a little. This contribution is more than useful."
―Alain Dubuc, La Presse

"The Montreal Economic Institute was started in the late 1990s, aiming to foster debate on free-market issues. It's still a modest organisation [...] Yet, on some issues, its influence has been disproportionate."
―Peter Hadekel, The Montreal Gazette

"[I]n Quebec's largest city, the Montreal Economic Institute is making waves. It researches and sparks debate on a wide range of issues including the quality of public education, health care and regulation, doing so in a province otherwise dominated by the single issue of separatism."
―Mary Anastasia O'Grady, The Wall Street Journal